Former US prison warden testifies Assange will be treated like a “terrorist”: The “war on terror” comes home By Thomas Scripps & Laura Tiernan, Sept. 30, 2020

Julian Assange will be detained at ADX Colorado under the same Special Administrative Measures used against “terrorists”, a former US prison warden told the closing week of extradition hearings in USA v Julian Assange held at the Old Bailey.

Maureen Baird, who worked for the federal Bureau of Prisons for 27 years, detailed the nightmarish conditions Assange will face if he is extradited and convicted under the Espionage Act for journalism that exposed US war crimes in Iraq and Afghanistan.

Baird spoke from first-hand experience. She was Warden at Danbury Federal Correctional Institution (2009-14), Warden at Metropolitan Correctional Centre New York (2014-16) and Warden at the Communications Management Unit at Marion, Illinois, until retirement.

Baird’s testimony made clear that Assange is now the victim of the very anti-democratic measures of CIA-backed torture and rendition which he courageously exposed as WikiLeaks founder, publisher, and journalist. 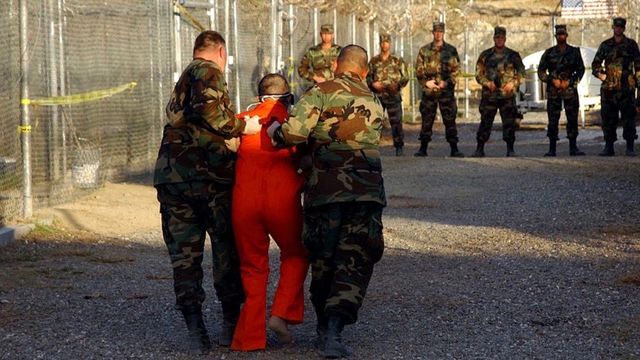 It was “extremely likely” Assange would be subject to Special Administrative Measures (SAMs) because of the national security-related charges against him, Baird told Edward Fitzgerald QC for the defence. Moreover, US Assistant Attorney Gordon Kromberg had already stated publicly that SAMs were an option, an unprecedented move which Baird said made SAMs “likely”.

At New York’s MCC, Baird oversaw SAMs detainees in the “10-South” housing unit—an area of total isolation. The detainees spent “23-24 hours per day” alone in their cells and were not permitted communication with other inmates.

Contact with the outside world was severely restricted. “They were allowed one half-hour phone call a month to an approved family member, or two 15-minute phone calls per month.” These were “always monitored by an FBI agent”, with calls having to be requested two weeks in advance, “to arrange for an agent to be available”.

She described the sadistic “recreation” which SAMs detainees were afforded, “They had the opportunity to come out of their own cell and go into another indoor cell… There was no exercise equipment in that room at all. It was just an empty cell.”

Rejecting claims by US Assistant Attorney Gordon Kromberg that Assange’s “First Amendment rights”, including access to “free-flowing mail”, would be protected, Baird said, “All mail coming in or going out, to any SAMs-assigned inmates, is screened before it ever gets to the recipient. It sometimes could take a couple of months, maybe longer, to receive a piece of mail… either coming out or going in.”

Baird described the origins of the 10-South unit, “It was designed after 9/11 and was originally designed for inmates that were at Guantanamo Bay… it evolved into a Special Administrative Measures unit, but also had a lot of alleged terrorists in that unit.”

Assange would be sent post-trial to ADX Florence in Colorado, Baird testified, agreeing with its former warden Robert Wood that the prison is “not built for humanity”.

The only alternative was imprisonment at a Federal Medical Centre, but “you have to be almost dying” to be admitted.

Assange would be treated “exactly the same way” as a terrorist, Baird stated, with SAMs inmates facing the same oppressive conditions regardless of whether they were detained at MCC in New York, ADX Colorado, or the Alexandria Detention Centre in Virginia. “If somebody is in pre-trial [detention] for terrorism, and somebody is in for a different sort of national-security [offence], they would all be subjected to the same measures.”

SAMs provisions could not be altered or relaxed in any way, “SAMs is non-discretionary. It can’t be changed by a warden or anyone in the Bureau of Prisons. SAMs is more of a directive… there’s no grey area”.

Baird rejected Kromberg’s claims that detainees can appeal to prison authorities for SAMs to be lifted, “The case manager and unit manager have no authority to make any changes… it’s just way over their pay scale.”

She agreed with US defence attorney Joel Sickler’s testimony that “Mr. Assange could potentially spend the remainder of his life in this very restrictive housing unit [H Unit], where he would be deprived of some very basic human needs.” This would include no physical contact with family or friends. Inmates experienced depression, anxiety, paranoia, and psychotic episodes and the suicide risk was high.

During a one-and-a-half-hour cross examination, lawyer Clair Dobbin for the US government crudely challenged Baird’s testimony on SAMs detainees, citing claims by US prosecutors that prisoners can appeal for amendments to their detention orders, including via a “four step” Administrative Remedy Program. This would supposedly result in prisoners being allowed contact with other inmates and their inclusion in “group therapy” and other programs.

Baird explained that such appeals might exist “on paper” but were never successful. She told Fitzgerald under re-examination that the decision to impose or remove SAMs rested solely with Attorney General William Barr “in consultation with the intelligence agencies”, namely the CIA.

In the afternoon, defence witness Lindsay Lewis added more evidence to support Baird’s points. Lewis was Abu Hamza’s attorney in the US and testified to the conditions he faced under SAMs and in the ADX Florence, where he is serving a life sentence for terrorism-related charges.

She explained that her client, who has both arms partially amputated, had been extradited by UK and European courts after US prosecutors indicated he would receive a medical evaluation to decide his place of detention, which was assumed to exclude the ADX—“they misled the court.” Hamza is now largely “left on his own”, having received daily nursing visits while detained in the UK.

In Lewis’s view, Assange would “almost certainly” be placed under SAMs in the ADX on national security grounds.

Under these conditions, based on her experience, he can expect “solitary confinement,” an “extreme shortage of medical care” and “extreme” limitations on contact with the outside world. SAMs, she said, “destroy relationships between families.” To her knowledge, she told the court, “there is not a single public study of solitary confinement [in this setting] in which non-voluntary confinement lasting for longer than ten days failed to result in negative psychological effects.”

In cross-examination, Lewis exposed as a flagrant distortion the prosecution’s argument that convicted terrorist Wadih el-Hage was allowed to be placed with another prisoner, supposedly proving SAMs restrictions were modifiable. She explained that El-Hage spent fifteen months in solitary confinement pre-trial, was allowed to bunk with another prisoner for a few months prior to his trial in 2001 and has been held in solitary confinement since his conviction.

Lewis’s own client, Hamza, had his SAMs reimposed for a year on one occasion because he asked for his love to be passed on to his one-year-old grandson in a letter to an approved contact—the prison said this violated the ban on communicating with unapproved individuals. In a characteristically obscene and cruel comment, Dobbin asked in response if the witness was aware that “a number of Mr Hamza’s family have been implicated in quite serious criminality.”

At the close of proceedings, Baraitser accepted a defence application to preserve the anonymity of two of their witnesses. Both witnesses worked for UC Global—the Spanish surveillance firm which provided security for the Ecuadorian Embassy in London where Assange claimed asylum for seven years—and will give evidence that the company’s owner, David Morales, sent recordings of Assange’s private conversations to the American intelligence agencies and considered plans to kidnap or poison him.

The witnesses are also testifying anonymously in a related and ongoing Spanish case against UC Global. They have sought anonymity for fear of reprisals by either Morales—who has army connections and was found to possess a loaded, anonymised firearm at his home—or his American associates.

The prosecution indicated that they would accept the UC global testimony being read into evidence without challenge, on the basis that they consider the testimony “wholly irrelevant.” Lawyer for the US government James Lewis QC claimed, in language which stinks of the CIA, that there was a “Chinese wall between the prosecution and any other agencies which may have come into, without confirming or denying whether they have or not, any intelligence or other material.”